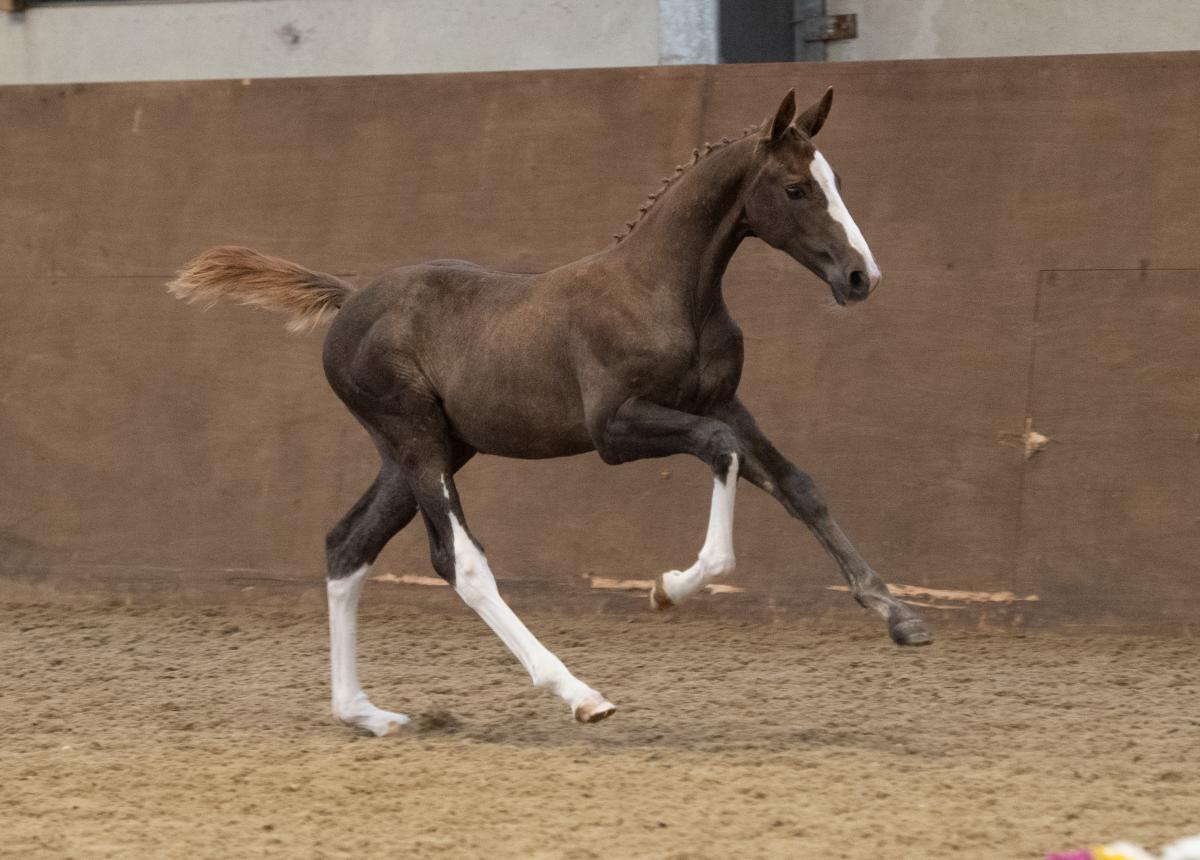 The father of this striking colt Echo van’t Spieveld combines his heartbreaker blood perfectly with the Vigo D’arsouilles daughter ‘Funky Music’ to create a foal with technique, quality, balance and scope. Echo van’t spieveld proved himself at 1.60 level under the top Belgium rider Niels Bruynseels. But also, as a breeder Echo has proved time and time again the qualities that he can pass on. Most notably Kent Farrington’s ‘Kaprice’ again a winner at the 1.60 level. Upton’s Funky Echo WY has the looks but also the black type to go with it. His mother Funky Music was a winner at 1.60 level, and a proven producer of 1.60m horses herself. She is the mother of Stal de Muze’s top breeding stallion El Torero de Muze who has been hugely successful at Nations Cup level and 5* Grand Prix level. She is also the mother of 1.60m jumping BRETLING DU PARADIS Z under Belgium’s Rik Hemeryk and Jos Verlooy’s upcoming star NEXT FUNKY DE MUZE. If you’re not already convinced, Funky Music is the mother of no less than 5 horses jumping at 1.45 level or higher. Making this colt no less than a guarantee to make it to the highest levels of the sport.