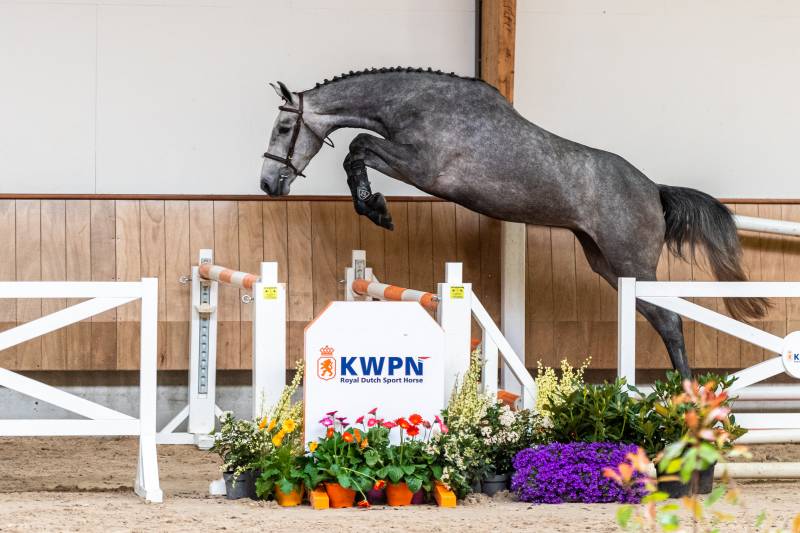 Already at the age of eight, sire Elton John made his Nations Cup debut under Zoï Snels and he is now continuing his sports career in Canada, where he is competed nationally and internationally by Jay Hayes. The genetically interesting stallion has already produced several internationally performing offspring from a limited number of breedings. On the dam’s side it is interesting that with dam Eyecatcher the phenomenal Grand Prix sport and breeding stallion Verdi has been united with his own damline, Holsteiner damline 474A. Both Verdi and Eyecatcher lead directly back to the Calypso I mare Renaissance. Granddam Carotina has in combination with Ephebe for Ever already foaled the international 1.50m showjumper Amerigo of Philippe Rozier.