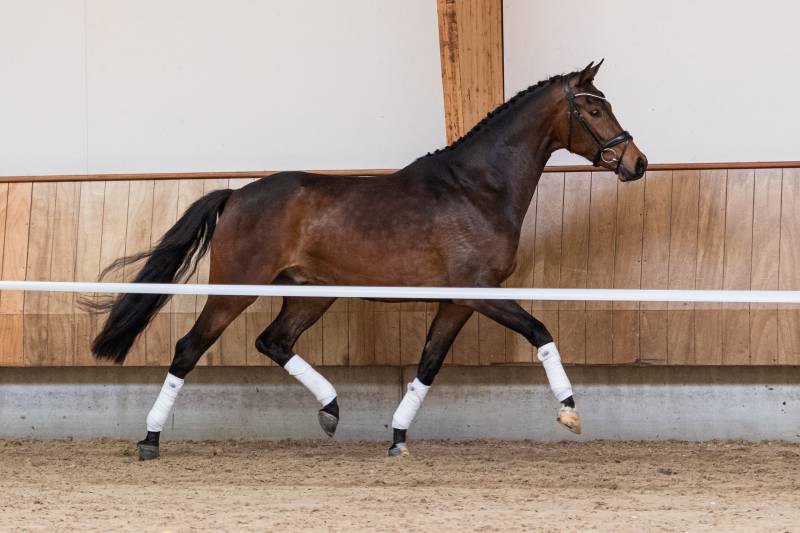 As a full brother of the Small Tour dressage horse Jartoga J.T. (IBOP 87.5 pts) and half-brother of the (inter)national Small Tour horses Hartog (s.Apache) and Ichiban (s.Apache), this Obarto J T has promising origins. His dam Bartoga also foaled several Z1/Z2 (third-fourth level) horses and is herself a half-sister of the Small Tour horse Sinatra (s.Flemmingh). Via the Grand Prix stallion Scandic and refiner Chronos, this line leads back to the mare Giranda. She is listed as the granddam of the national Grand Prix dressage horse ZKH Zion (s.Numero Uno) ridden by Janny Koks. Obarto J T is sired by the Olympic dressage stallion Dream Boy, who is making great progress as a breeding stallion thanks to offspring such as Jheronimus, Kevin and Blue Hors Monte Carlo TC.