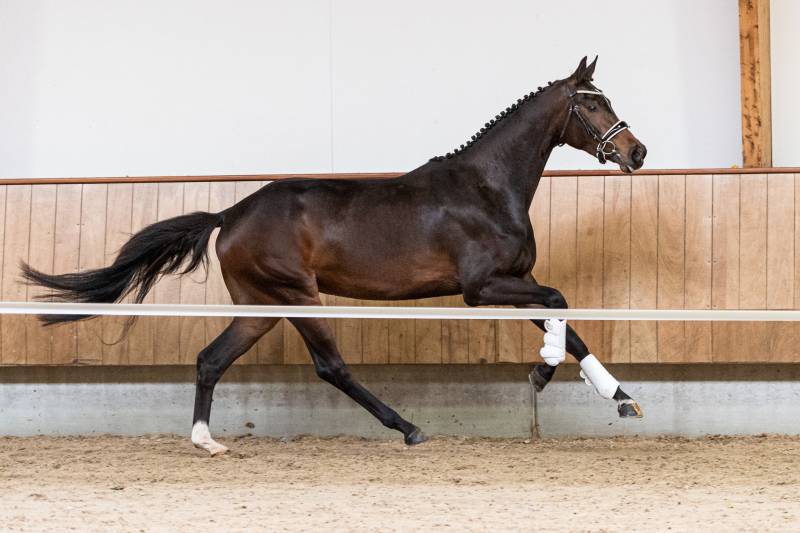 Earlier this year, the talented Oldenburg approved stallion Dutch Dream (s.Dream Boy) won the Dutch 3yo championship (VSN Trophy) and subsequently he achieved the highest score in the performance test in Warendorf. This Oakwood Tarpania was bred from the same mother and represents a strong damline. Dam Hollywood Tarpania has competed at Small Tour level after she participated in the WC for five-year-old dressage horses. She is a full sister of the Danish approved stallion It’s Me and granddam Discovery is a half-sister of the international Intermediate II horse Fedor (s.Johnson). The Grand Prix horse Vorst (s.Negro) ridden by Anne van Olst also originates from this direct line. Oakwood Tarpania comes from the first crop of champion stallion Kremlin MD.