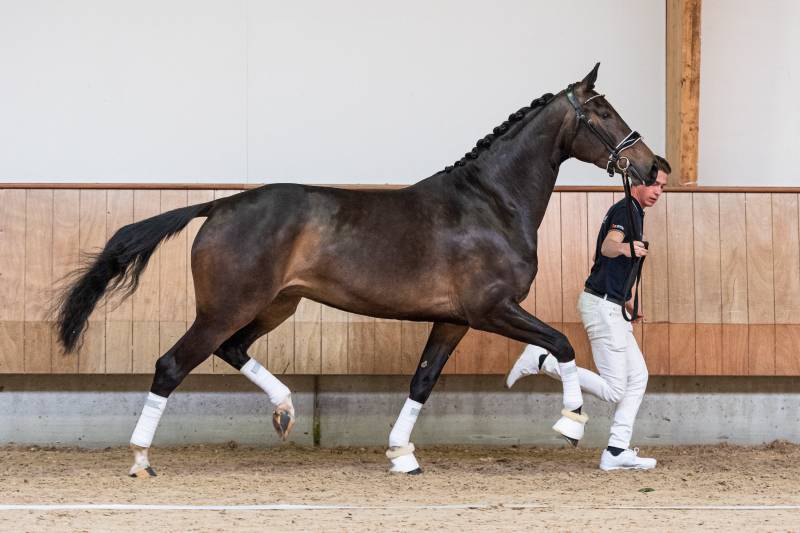 The international Small Tour stallion Revolution won the gold medal at the World Championship for young dressage horses as a five-year-old and is developing well in sport and breeding. This ster awarded mare Nyanke .A comes from his second crop and was bred out of the same dam as Bart Veeze’s ZZ-Zwaar (fifth level) dressage horse Eddow (s.Vivaldi) as well as several Z2/ZZ-Licht (third-fourth) dressage horses. This mare has the same granddam as the international Small Tour horse Eye Catcher (s.Dreamcatcher) ridden by Ivo Juhrend. In the third generation, this proven dressage damline leads back to a half-sister of the well-known international Grand Prix dressage horse Goliath (s.Zebulon), with whom Arjen Teeuwissen was a fixed value for the Dutch team.