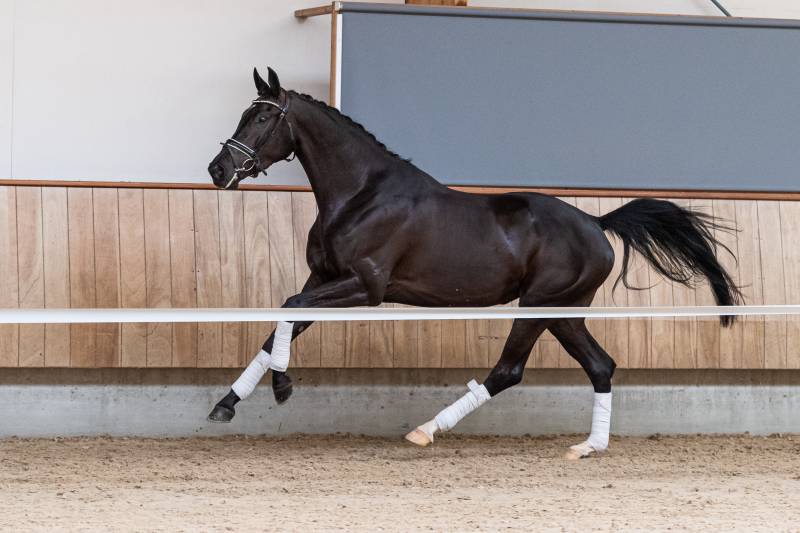 Under Charlotte Fry, sire Inclusive made a promising international Grand Prix debut this year at the age of nine. Norimee comes from the first crop of the impressive stallion Inclusive and she passed the mare test with an 8 for canter and a total score of 76 points. Both her dam Cediree (Z2/third-fourth level) and granddam Verimee (Z/third level) have performed in the sport and have already produced dressage horses at a minimum of Z2 (third-fourth) level. Last-mentioned foaled the ZZ-Licht (fourth level) dressage horse Eri Jazz (s.Jazz). This damline is part of the well-known Holsteiner damline 18A2 and granddam Verimee is a half-sister of the Holsteiner progenitor Chambertin (s.Cambridge).