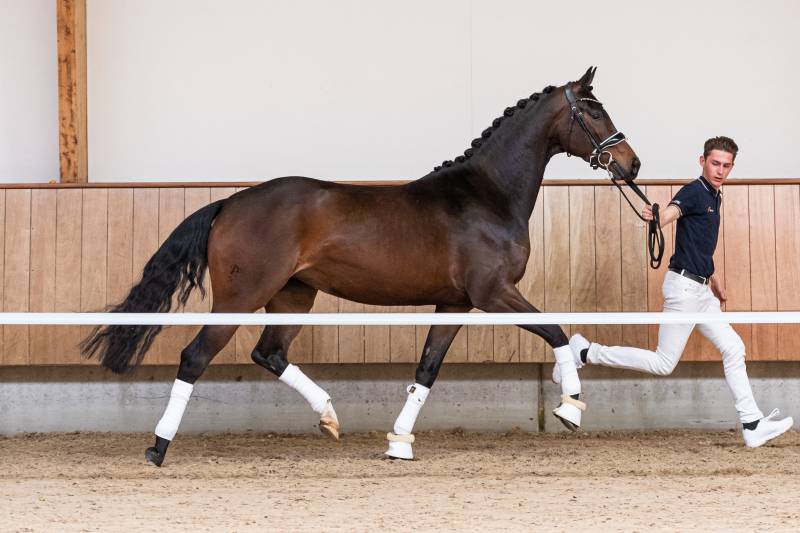 This talented Nina R comes from the first crop of the high-profile stallion Just Wimphof, who is currently performing well in the Small Tour under Renate van Uytert. As a breeding stallion, the genetically interesting son of De Niro is making great progress as he already produced three sons approved by the KWPN from his first breeding year. In combination with Valdez, Nina R’s dam Aphrodite M already foaled the ZZ-Licht (fourth level) dressage horse Jamestown and she herself brings in the valuable Grand Prix genes of Scandic. From this allround damline also originates the international Small Tour horse Electra DDJ (s.Vivaldi) ridden by Heather Ward as well as the KWPN approved ZZ-Zwaar (fifth level) competing stallion Electron (s.Ampère).