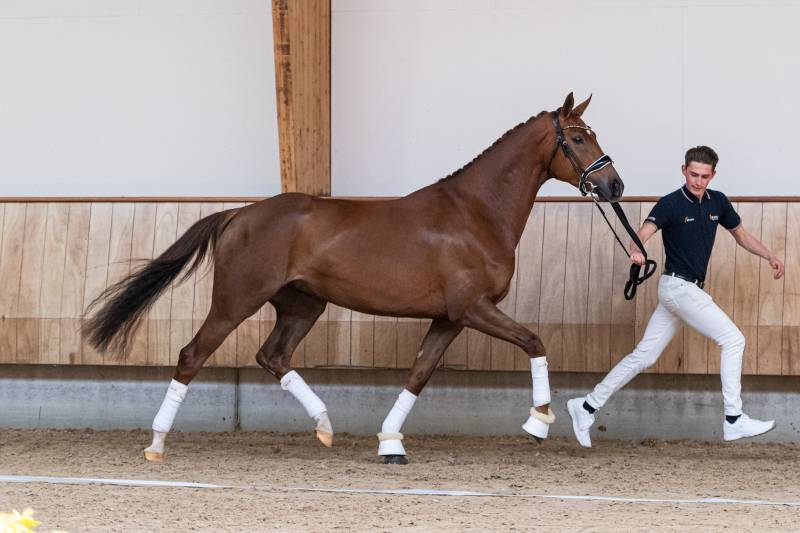 This four-year-old mare has the same granddam as the international Grand Prix dressage stallion Olivi (s.Jazz), who performed with Marc Boblet and was awarded with the keur predicate by the KWPN. Granddam Charisma Utopia competed at Z2 (third-fourth) level and produced in direct line the Small Tour horse Halla Utopia (s.Aktion), the dam of Olivi. Charisma Utopia can also be found in the damline of Small Tour horses such as Frederico Utopia (s.Wynton), Angelina Utopia (s.Tuschinski) and Cicero Utopia (s.Westpoint) as well as the national Grand Prix horse Bolzano Utopia (s.Rubin Royal). Sire Glock’s Total US made a sensational international Grand Prix debut under Edward Gal at the age of nine and seems to inherit his movement qualities and dressage talent to a large extent.