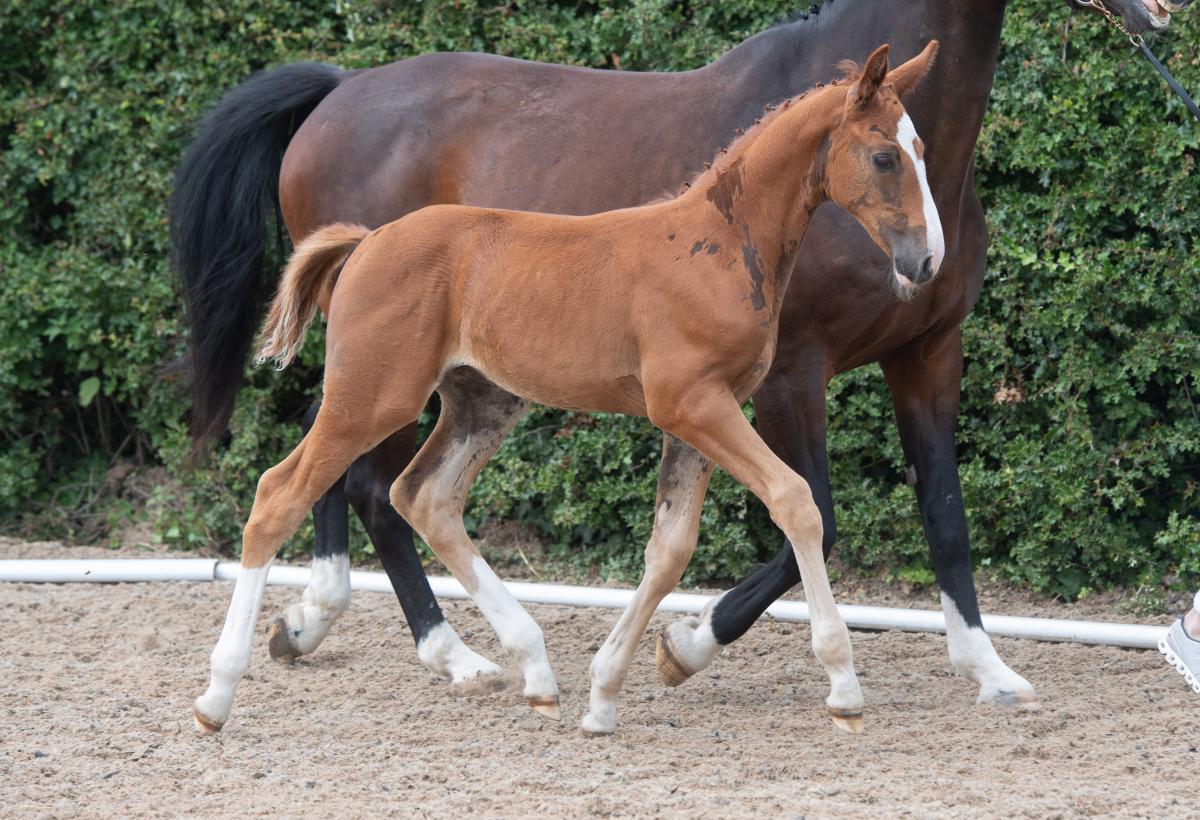 Comme il faut was one of the greatest sport horses of all time, coming from cornet Obolensky and Ratina Z his genes and genetics are second to none, with Marcus ehning he won the biggest Grand Prix in the world, and was a regular team member for Germany including a European championships, he won major grand prixs such as GCT Vienna and GCT Chantilly he also won World Cups in Verona and Madrid. Some would say his sport career was magnificent but his breeding career is extraordinary his oldest offspring are still new to the highest level but they are already showing themselfs to be the best, he produced great horses such as Checker (Christian kukuk) Caramba (Richard Vogel) Comme-laude W (Bart bles) Faut des 7 vallons (Gregory Wathelet) chic chic (darragh Kenny) chao lee (katrin eckermann) Macushla R is by Aldatus Z who was the famous stallion that jumped at the highest level with Jos Lansink, Aldatus was a foundation stallion of Stud farm Zangershiede, he bred many great horses such as A la Ballerina, loro piana hamlet van st Maarten and most of all Macushla R who jumped all the biggest grand prixs with Eddie Moloney including major national and international results. Macushla’s Siblings include great horses such as Lux Excel a 7 year gelding that is currently being produced by international Showjumper Clem McMahon and has recorded great results at 1,40 level already. Another sibling doing great things comes from the Hughes horse stud in HHS Foracruise this stallion by Heritage fortuna recorded many international results with Belgian rider Christophe Boden.