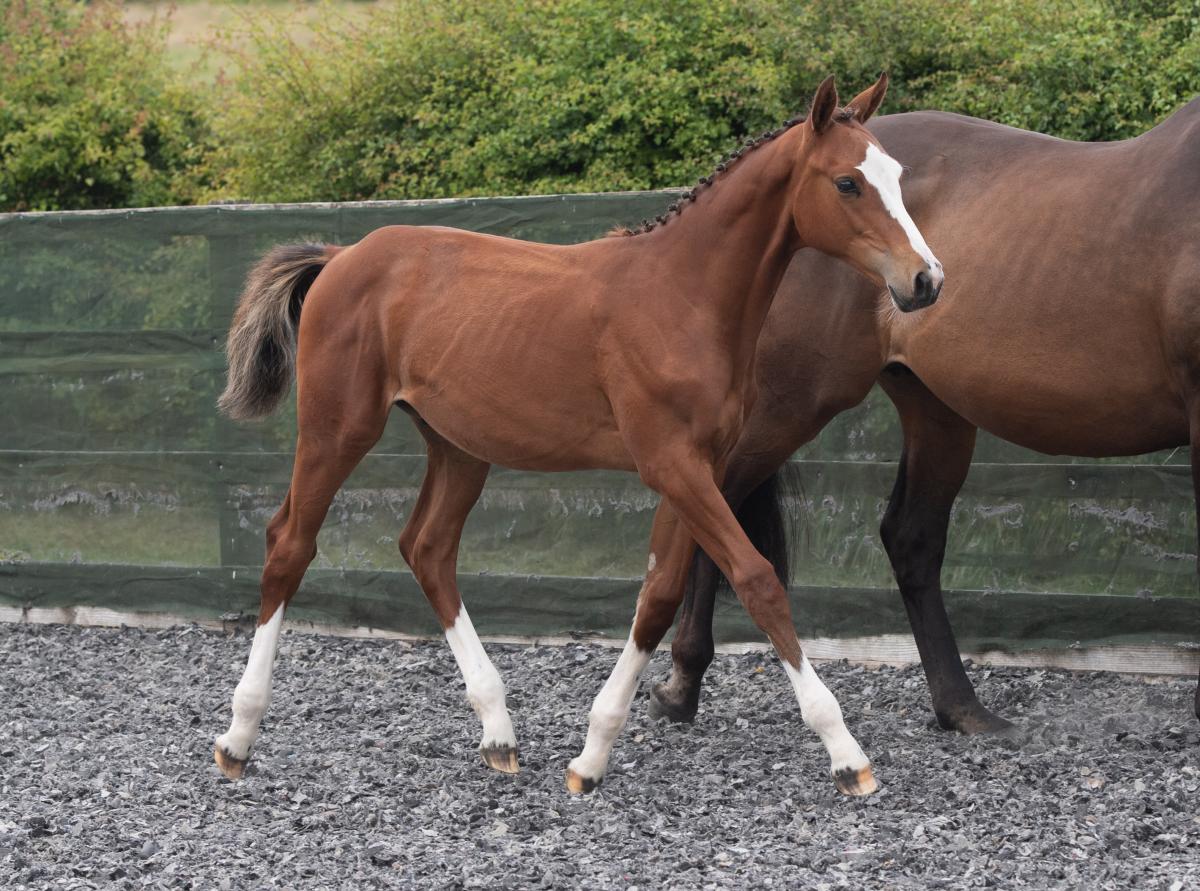 This colt is the direct son of Centolove, a daughter of Cento who performed at the highest level with Graham Lovegrove. She also has a pedigree to match with uterine siblings Gratinue and Elan Blue Z performing at 1.45m and 1.50m respectively. Most significantly she has already proven herself as an outstanding dam, with two progeny already performing at 1.60m level in Chacenny with Germany’s Zoe Osterhoff and Chaccoto with Angelique Hoorn of the Netherlands. The sire of this colt is none other than Rolf Goran Bengtsson’s Casall Ask. One of the World’s top performing sires, in 2009, he achieved wins at Oslo, Odense, and Stockholm Grand Prixs. In 2010 he won top level competitions in Rotterdam, Falsterbo, and s‘Hertogenbosch. Also in 2011, Casall proved a highly impressive performer and completed his streak of success by winning the Hamburg and Monte Carlo legs of the Global Champions Tour and the world cup jumping in Lyon. The 2013 season was crowned by the Herning (DK) European championships where he won team bronze with the Swedish team. Following an outstanding performance throughout the championship under his constant rider Rolf-Göran Bengtsson, he finished fourth individually thus becoming the show’s best breeding stallion. He records 281 approved sons, 79 offspring jumping at 1.60 level, a further 3 at 1.70 level and 2 more competing at Grand Prix level dressage. Combining this super sire with the already proven broodmare and 1.60m performer Centolove gives us the true expectation that Millfield Casento has it all both as a future star and potential breeding stallion.