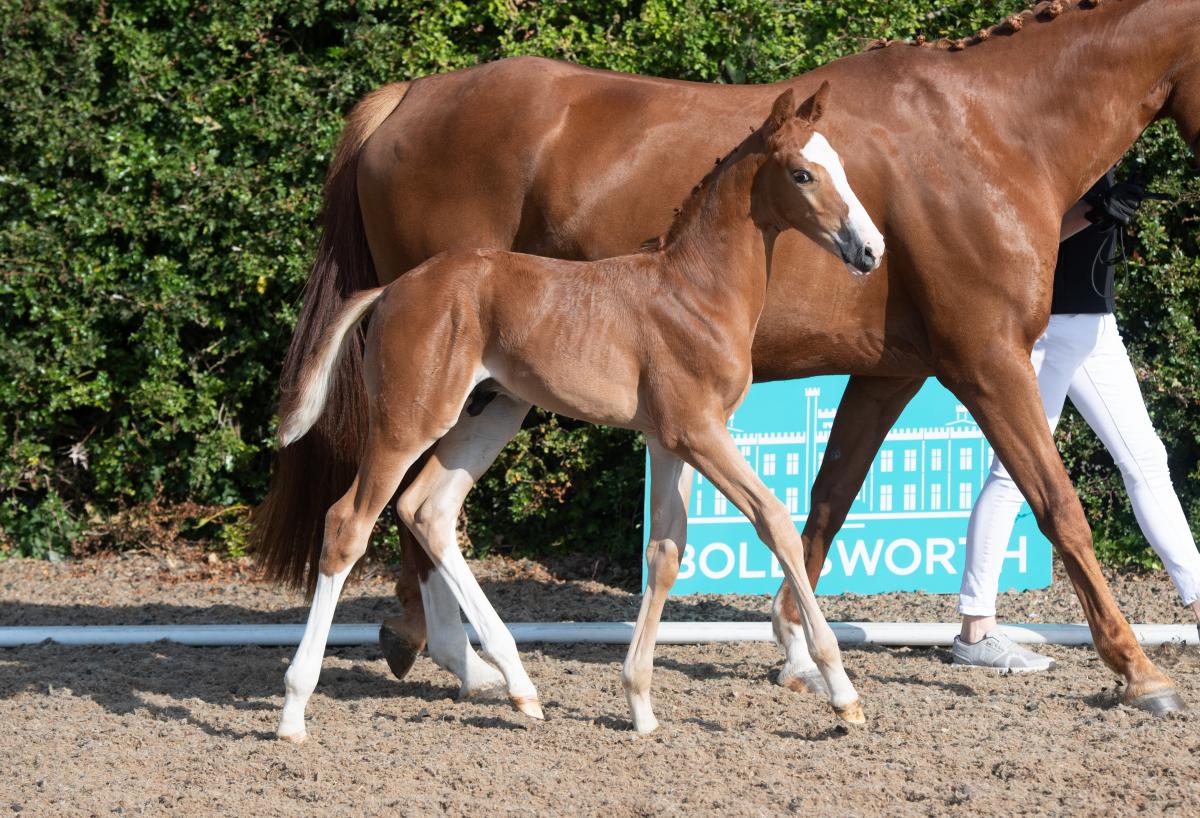 Olympic genes run through the veins of this exceptional colt. His sire For Pleasure was a double Olympic Gold Medalist and voted Stallion of the Century after a long and successful career at the very highest level. His production is also proven with nearly 100 horses competing at 1.60m level such as Flora De Mariposa who won Olympic Gold with the French Team in Rio. This colt’s dam, Quarmen De Toscane, combines the blood of Quidam De Revel and Laudanum, and is a full sister to another member of that Gold medal winning French team in Rahotep De Toscane. A daughter of the famous broodmare Fanny Du Murier, she is also the full sister of Jadis De Toscane (1.60m) and Karla De Toscane (1.50m and French Champion 7yo) and closely related to numerous other 1.60m jumpers. A rare exceptional colt combining some of the most sought after bloodlines in the World destined for success at the highest level.