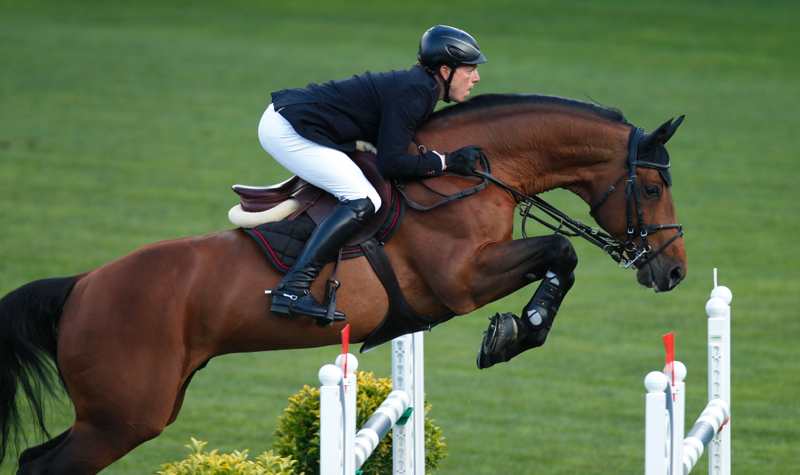 With a record to 1.60 level herself, and having produced multiple Grand Prix performers including several also at 1.60, Funky Music defines the term Super Mare. Here, her talent and breeding have been combined with that of the prolific stallion Chacco Blue to create the opportunity to invest in what will certainly be a star of the future. Funky Music already has multiple progenies jumping 1.60, including El Torreo De Muze who is jumping on 5* Nations Cups team for Brazil and 5* Grand Prix’s with Bernardo Cardoso de Resende Alves. Another noteable name from Funky Music is Breitling Du Paradis Z, who has also jumped around 5* Nations Cups and Grand Prix competition. Other notable progeny jumping the international 1.45 tracks include Next Funky de Muze, Caruso de la Pomme and Music De Muze. Chacco Blue drew attention throughout his career for his incredible physique and technique in the ring. He is responsible for a string of successful show jumping progeny with over 150 posting results at 1.60 level. Among the most notable are Maurice Tebbel’s “Chacco’s Son”, recent winner of the CSIO 5* at Sopot in Poland, and “Explosion W”, the 5* winner and Olympic ride of Team GB’s Ben Maher. Funky Music is by 2010 World Equestrian Games gold medallist, Vigo D’Arsouilles, himself the son of Nabab de Reve. She is uterine sister to multiple international performers including the Carthago mare Coco’T Laerhof Z – the dam of 1.60 jumpers E Muze YEK and the reknowned Fortis Fortuna who produced 17 podium finishes at international level under Conor Swail and Daniel Coyle