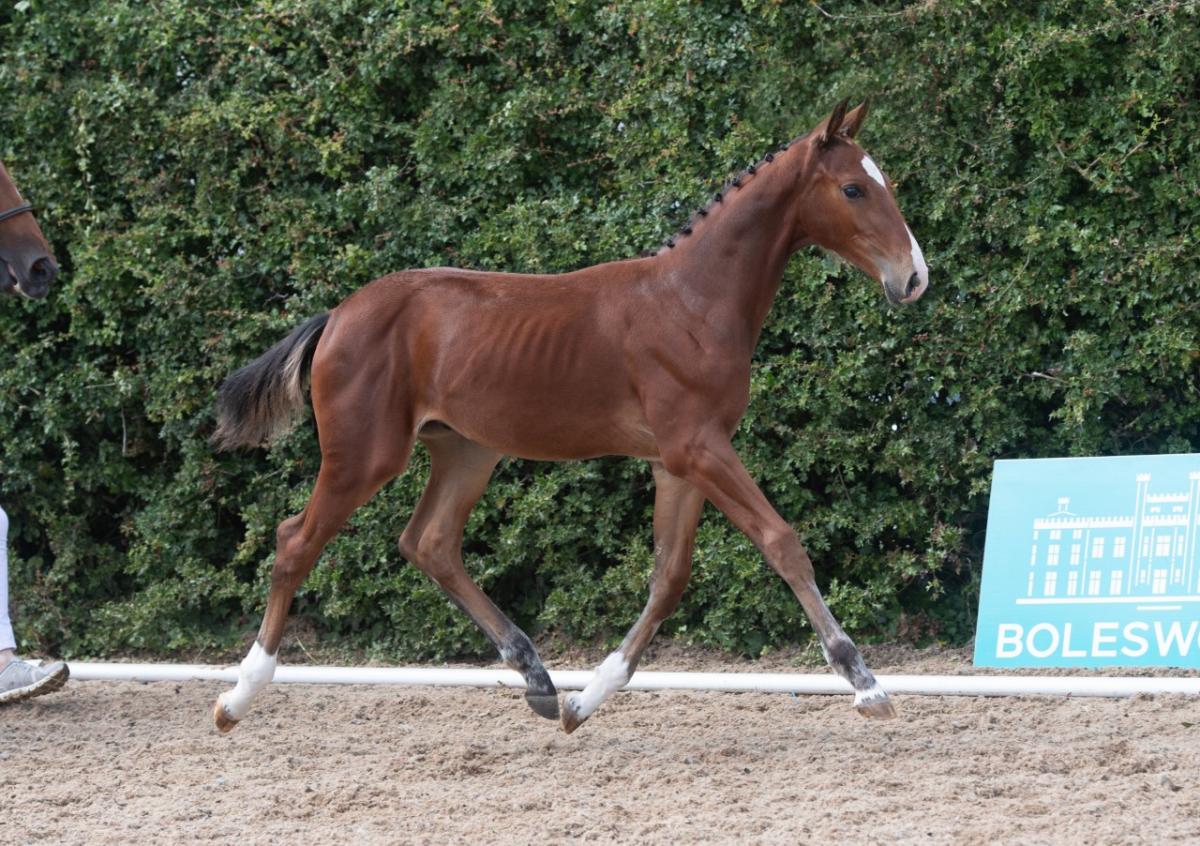 Chacco Blue, the sire of this colt needs no introduction in the fact that he is the world leading sire of Showjumpers winning at the highest level for the last 10 years to present, his most famous offspring include : Ben Maher’s gold medal winner Explosion W, Calisto blue (Daniel Deusser) vdl groep miss untouchable (Leopold Van Asten) Chacco’s Son (Maurice Tebbel) Chaqui Z (Shane Sweetnam) Chactinue VDL (Darragh Kenny) Chacco Kid (Eric Lamaz) Blue Movie (Rowan Willis) Chalou (Emanuel Guadiano) and many many more. Ikea van’t roosakker is a mare by For Pleasure which in itself is a great asset as For Pleasure was a leading sire but is proving himself to be an even better dam sire, Grand Prix Showjumpers such as Killer queen VDM, Electric blue P, Brooklyn heights, messi van’t Ruytershof, lector van’t bisschop, Cinsey, Haya, karibou Horta and heroine de muze all stem from For Pleasure mothers. The Blacktype pedigree is the best you can find from European breeding, the grandmother of this chacco blue foal is none other than Electra van’t roosakker she bred Kaprice of Kent farringtons, and the new star of Zangershiede – Kassander van’t roosakker. Not only is Ikea from such an amazing family of Sporthorses but she has proven herself in breeding already by producing Dermott lennon’s new 1,60 GP horse “L’esprit hero” She also bred the 1,50 horse “lexicon van’t roosakker” and the new star of Abdel Said’s stable Omega H&DB who impressed in the 7yr world final in lanaken last year under British rider Sam Hutton. When you want certainty in your investment then C U Indebus JH is a clear choice with a proven 1.60m pedigree combining the most sought after bloodlines in Europe on both sides, and a dam that is already breeding proven superstars.