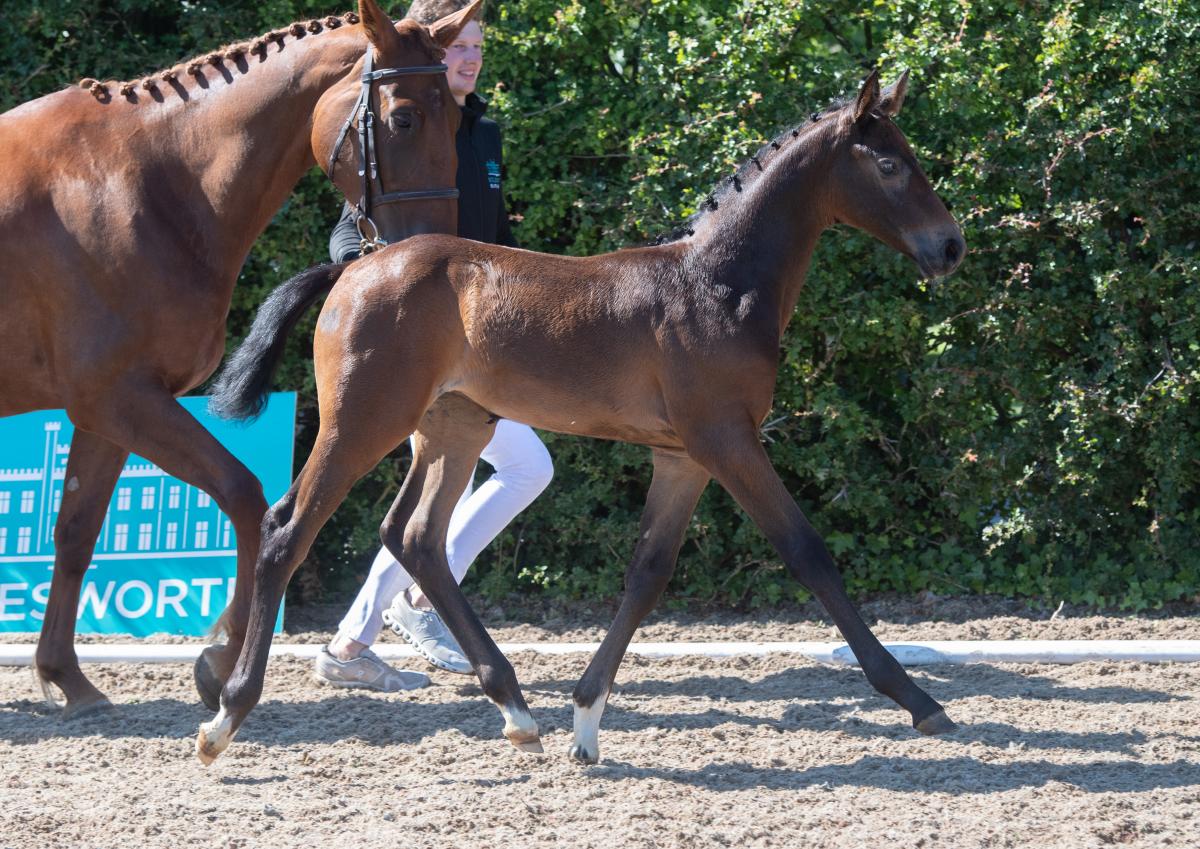 This filly is a serious headturner, which is no coincidence given her depth of heritage. The mother of this striking filly is the Athletico mare Vitesse who herself is half sister to “Want to do” the 1,50 horse of Norway’s Lina Ekornrud and a full sister to the 1,60 horse “Optical” and another 1,60 horse in “Perpetua”both of these Grand Prix horses competed at the highest level in europe and America on the WEF circuit. What makes Vitesse a real head turner is that she is already a proven broodmare in the fact that she has already bred a 1,60 horse in “Bijoux” by Cartani further more the mare bijoux has produced an up coming talent of Daniel Deusser’s 8yr old Loui LN by Kannan we saw this Stephex future star impress with high placings in the youngsters tour in Aachen last month. Her sire Balou de Reventon needs no introduction as a prolific Cornet Obolensky son combined with Paul Schockemohle’s great Continue mare who is also the dam of Balou de Rouet and Chactinue VDL. He is one of the highest earning horses of the circuit!  Under Darragh Kenny, he was part of the Irish team that won the 2019 FEI Nations Cup Final in Barcelona to qualifiy for the Tokyo Olympics and the pair finished runners-up in the Super Grand Prix in Prague, as well as winning two five-star Grands Prix in Chantilly and Knokke.  In total, Darragh Kenny and Balou du Reventon earned 780.000 euro in 2018 and 890.000 euro in 2019.  In addition to his brilliant sports career, Balou du Reventon also excels in breeding. He has already produced many international top horses from a limited number of offspring. Mike Wazowski can be seen at 1m60 level under the saddle of Nicolas Pizarro, while the 1m50 jumping Crack Balou shines under the saddle of Emanuele Gaudiano. Other rising stars include Cornet’s Cambridge, Cornettina, Cornetara, Cornetta III and Cahir N.