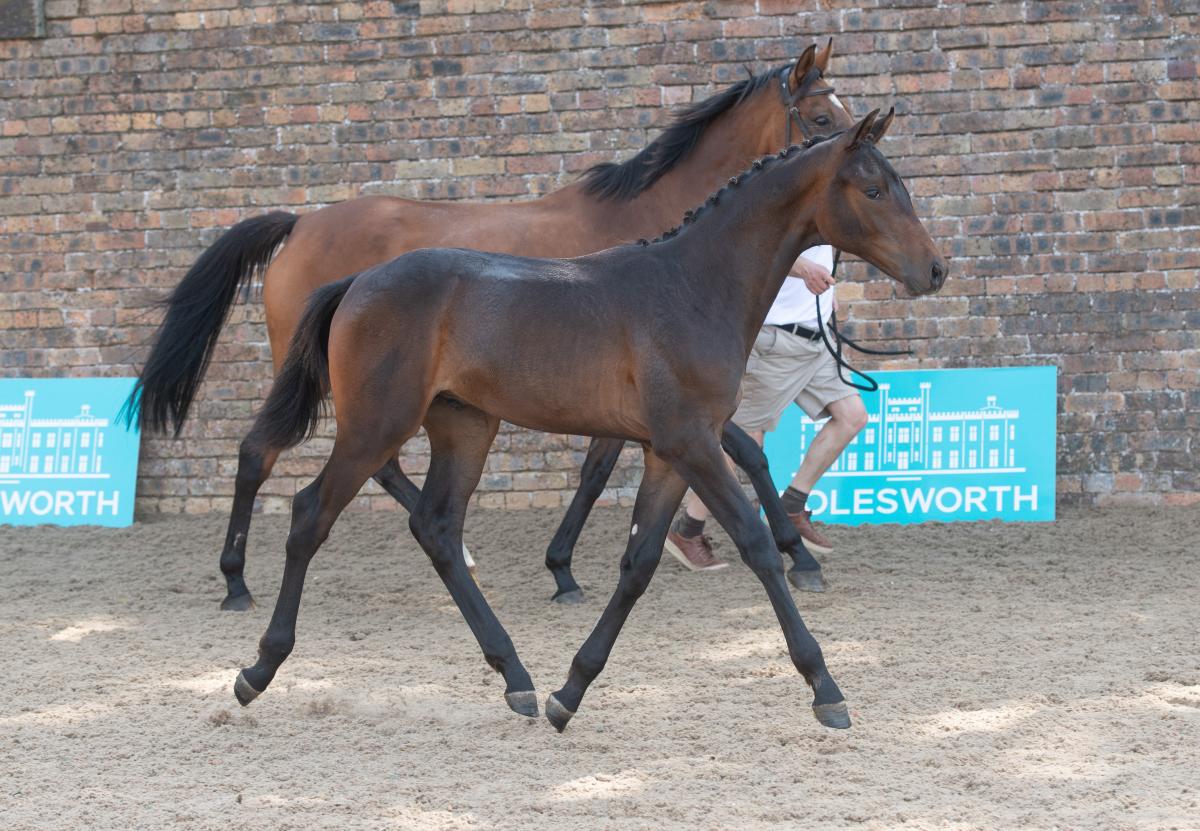 This stunning colt with elastic movement and paces is out of the 1.45m mare Tilla Flamenco by world famous stallion Je T’Aime Flamenco. This is the first off spring from this relatively young mare who has already gained great success in the show ring. She was ranked in the world’s top ten of seven year show jumpers in 2019. She also won the French seven year old Championship in Cagnes scooping a £20,000 prize. She successfully competed throughout Europe and then went to Florida with her rider Emily Ward to compete in Wellington Equestrian Festival where she stepped up to 1.45m level at the age of eight. Tilla Flamenco’s dam, Patilla also jumped up to 1.40m with Stephanie Platts and Ronny Healy. The sire of this athletic quality colt is Conthargos.