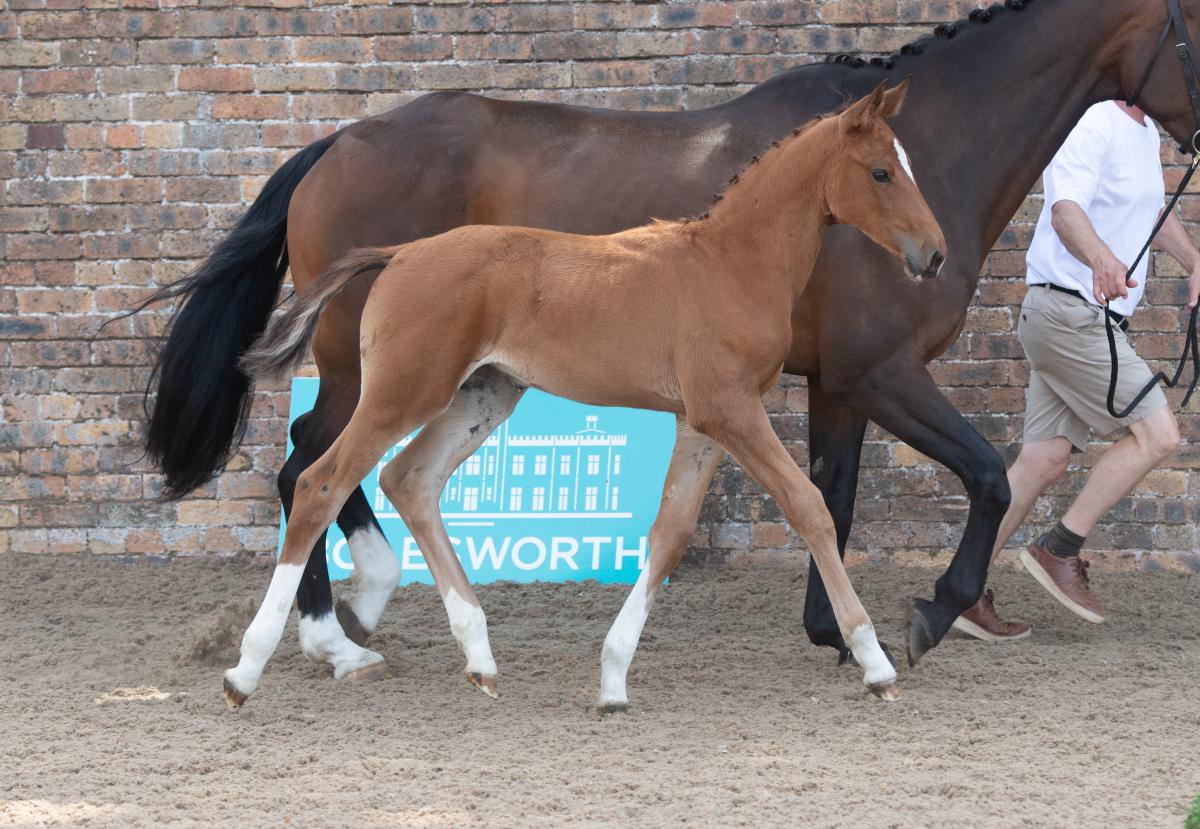 This athletic filly’s dam is the 1.55m Grand Prix mare Remi Cavalleri. She had a long career at this level first with Michael Whitaker, and then with top Young Rider Emily Ward winning and being placed at International Shows throughout her career. She is also uterine sister to 1.45m performer Remi Corona. Her sire needs no introduction. While he has presented himself for many years at Nations Cup level and performed on the world’s largest show jumping stages, Big Star is a worldwide phenomenon both inside and outside the sport, thanks to his fairy-tale performance at the 2016 Olympic Games in Rio. He jumped every round clear to take rider Nick Skelton to individual gold, just four years after the pair solidified team gold for Great Britain in London in 2012. Himself a son of the great Quick Star, Big Star’s progeny is already making its own mark on the show jumping world – his son, Big Star Jr KZ having claimed results up to 1.55 level internationally, with a wealth of progeny coming through and excelling on the Young Horse circuit.